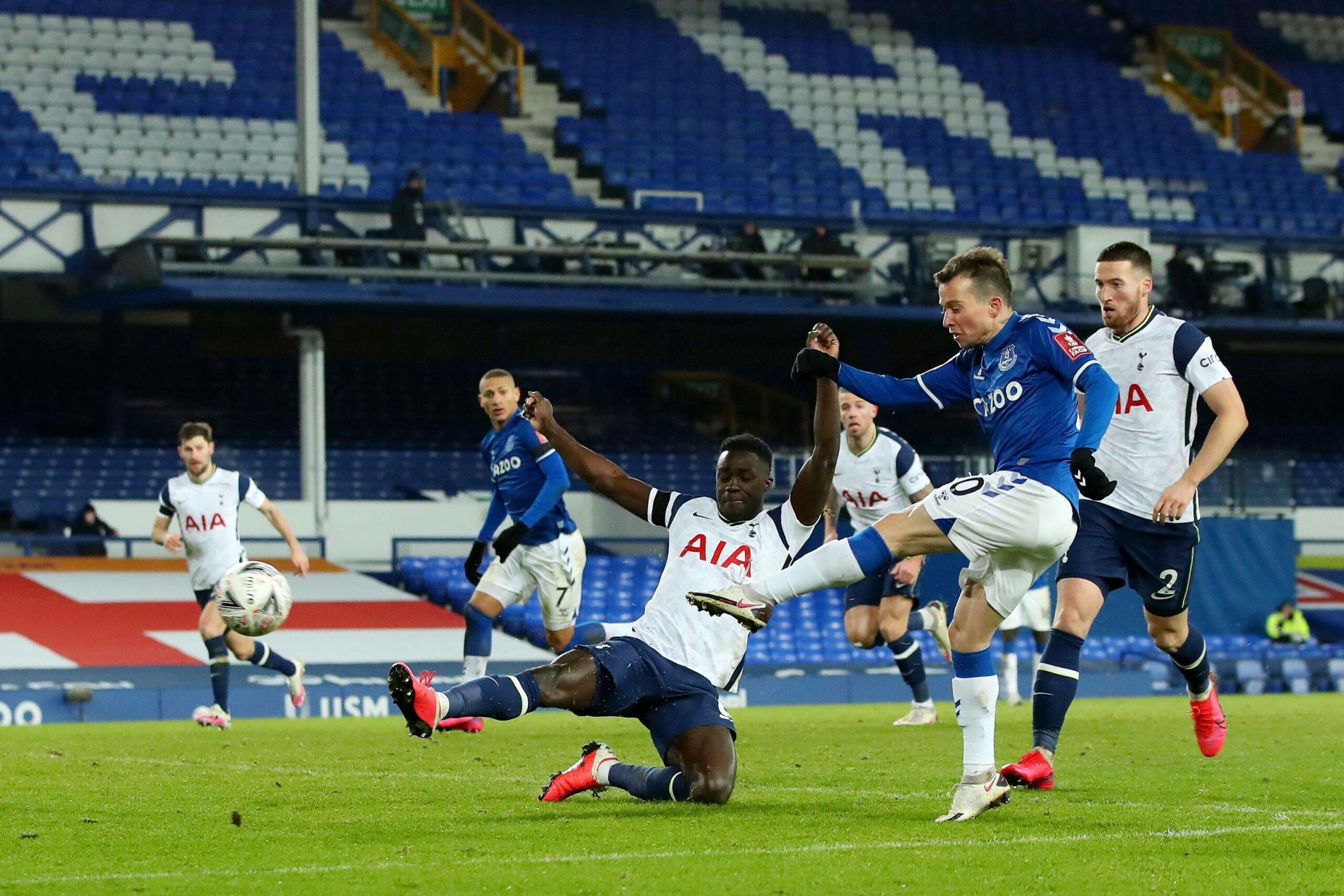 Tottenham Hotspur travel to Goodison Park to take on Everton in a must-win Premier League fixture on Friday night.

Failure against his former side has brought Jose Mourinho under heavy scrutiny, with the Portuguese’s future in the capital currently hanging in the balance.

With seven Premier League matches left, the Londoners cannot afford any more slip-ups if they are to return to the Champions League next season.

Only Brighton (20) have squandered more points from winning positions than Tottenham (18) so far, with the Spurs failing to win three of their last four Premier League games despite leading in each (W1, D1, L2).

Another potential worry for the travelling side could be an indifferent away from this calendar year.

Tottenham have picked up just three victories in eight Premier League trips since the calendar flipped to 2021 (D1, L4), with two of them coming against relegation-threatened teams.

After losing 1-0 at home in the reverse fixture on Matchday 1, the London giants could lose both Premier League encounters with the Merseyside outfit in a single season for the first time since the 1985/86 campaign.

Luckily for the visitors, Carlo Ancelotti’s men are dealing with a drop-off of their own.

A scoreless away draw with Brighton last weekend has stretched Everton’s winless streak in the Premier League to four games (D2, L2).

Furthermore, the Toffees have claimed just a single win in eight home league fixtures in 2021 (D2, L5), scoring one goal or less on each occasion.

Everton have failed to defeat Tottenham in any of their last seven top-flight meetings at Goodison (D4, L3), netting under 1.5 goals six times in the process.

Mourinho will have almost his entire squad available for Friday’s trip to Liverpool, with Ben Davies and Matt Doherty being the only absentees.

Sergio Reguilon and Serge Aurier should cover the flanks in the absence of the abovementioned full-backs.

Following Davinson Sanchez’s dip in form, Toby Alderweireld could return to the starting XI alongside Joe Rodon, who pushed Eric Dier down the pecking order.

Mourinho’s utility man Pierre-Emile Hojbjerg should start next to Moussa Sissoko in the double pivot as Harry Winks continues to struggle for form.

In the attacking third, Son Heung-min and Harry Kane should receive support from Lucas Moura and Tanguy Ndombele.