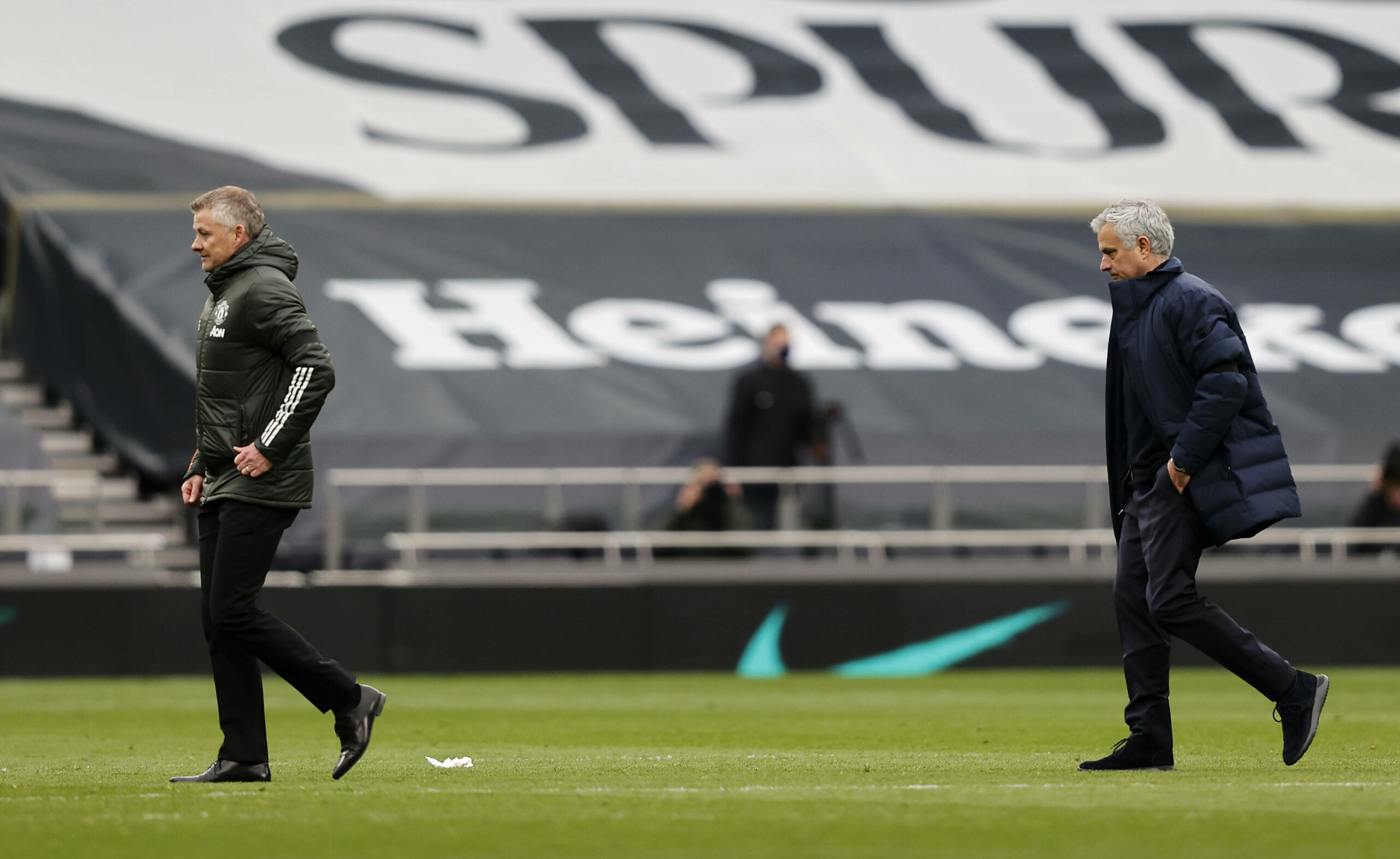 Son found himself in the nucleus of a first-half controversy after throwing himself to the ground following a duel with Scott McTominany in the build-up to Edinson Cavani’s goal.

During the post-match interview, the Norwegian refused to hide his frustration with Son’s actions.

“It was a perfectly good goal. We should not be conned. I have to say, if my son stays down for three minutes and needs ten mates to help him, he won’t get any food because that’s embarrassing,” he told Sky Sports, as quoted by The Sun.

Solskjaer’s words infuriated Mourinho, who tried to divert attention from his side’s disappointing result by focusing his anger on the United boss.

“First of all, let me tell you something. I am very, very surprised that after the comments that Ole made on Sonny, you do not ask me about it,” the Special One said, as relayed by the Daily Express.

“Because – and I told Ole already this because I met him just a few minutes ago – if it is me telling that player A, B or C from another club if it was my son I would not give him dinner tonight, what would be the reaction of that?

“It is very, very sad. I think it is really sad that you do not ask me about that. It is sad you do not have the moral honestly to treat me the same way as you treat others.

“In relation to that, I just want to say that Sonny is very lucky that his father is a better person than Ole. I am a father. I think as a father you have always to feed your kids. It does not matter what they do. If you have to steal to feed your kids, you steal.

“I am very, very disappointed. As we say in Portugal, bread is bread and cheese is cheese. I told Ole already what I think about his comments and I am very disappointed that in five, six, seven questions you ignore the dimensions of that comment.”