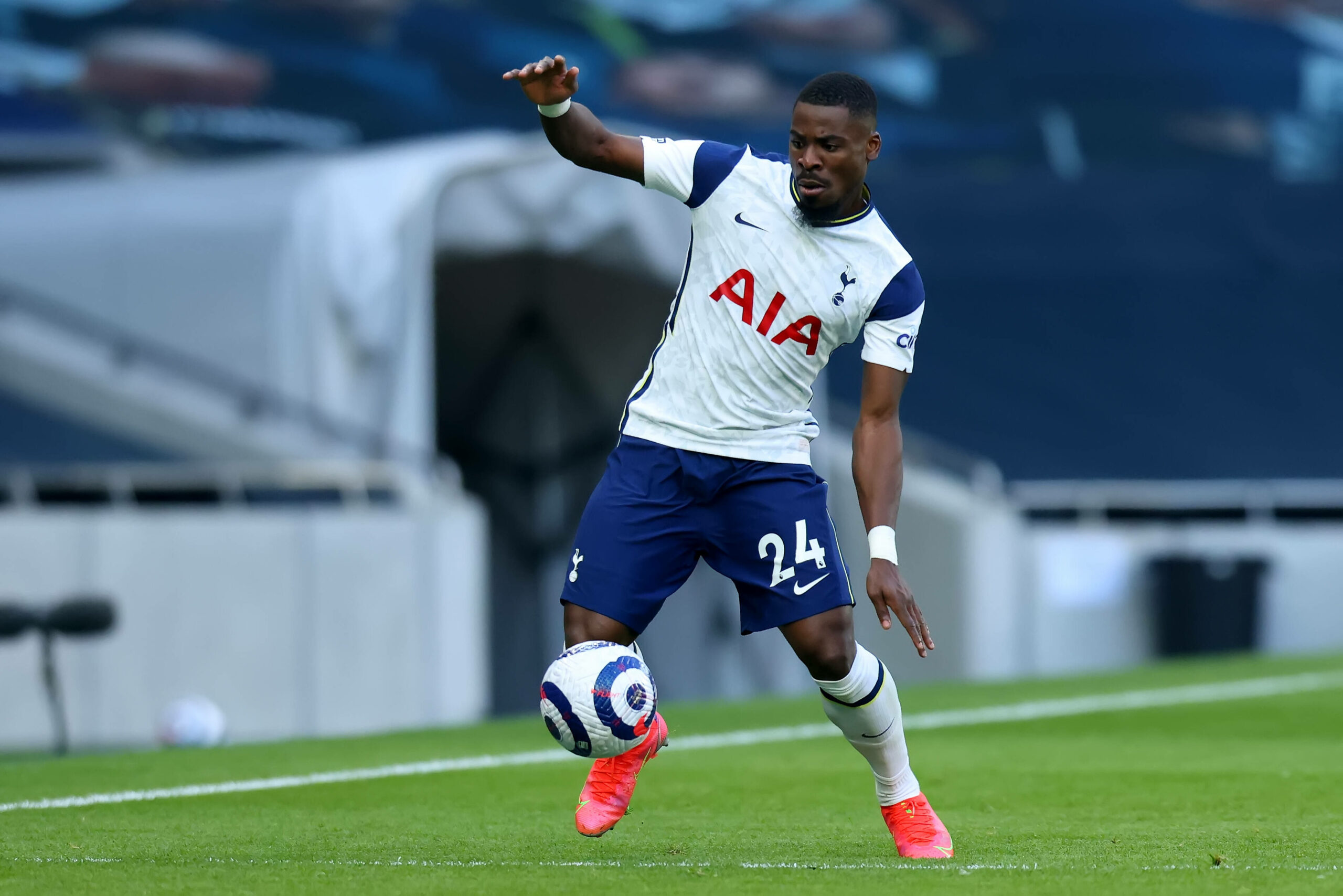 Serge Aurier could be on the move when the transfer window reopens for business as Paris Saint-Germain set sights on the Tottenham Hotspur right-back.

Following Jose Mourinho’s sacking, Daniel Levy is looking to clear the decks in west London and conduct a summer overhaul of the squad that faltered in both Premier League and Europe this season.

One of the players that should be allowed to leave is Aurier, who has failed to impress this term.

Despite blowing hot and cold for most of the campaign, the 28-year-old has racked up 17 Premier League goals, even scoring twice in the process.

However, Aurier’s frustratingly inconsistent performances could end his career at the Tottenham Hotspur Stadium as early as this summer.

Though the injury of Matt Doherty propelled the former PSG defender back into the starting line-up recently, it seems he has no future in the Premier League.

Reigning Ligue 1 champions are assessing the possibility of rehiring Aurier after Alessandro Florenzi and Colin Dagba struggled for form and fitness this season.

PSG sold the right-back to Tottenham for a reported fee of £23million in summer 2017, but they now want him back.

As reported by Foot Mercato, the Parisians new boss Mauricio Pochettino is a big admirer of Aurier and hopes to take him back to the French capital in the summer.

The player himself is keen on leaving London following an underwhelming four-year spell, per L’Equipe.

With the recent emergence of Japhet Tanganga, the Spurs could accept to offload the Ivory Coast international if a satisfying offer comes to their desk.