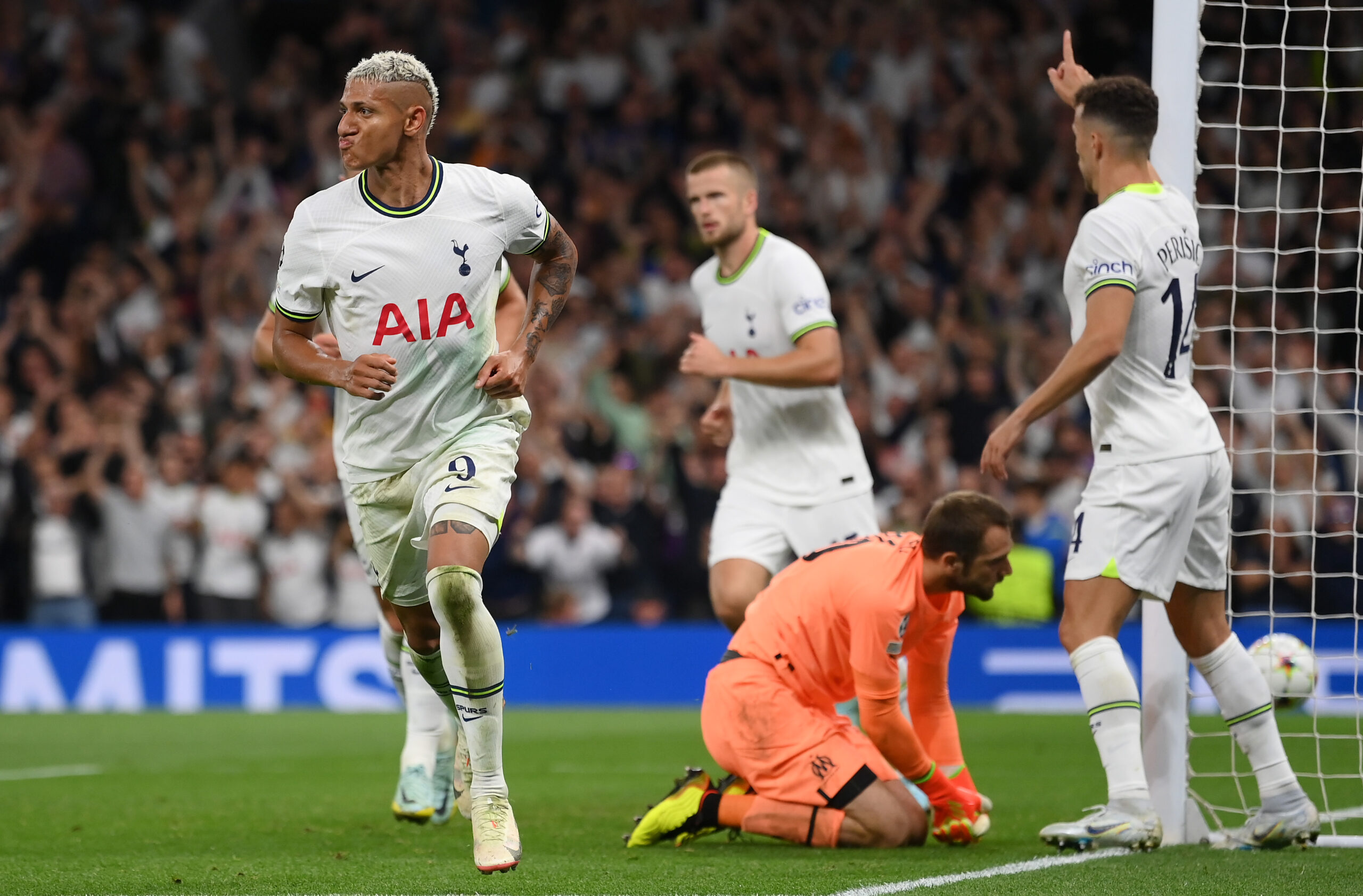 Keen to replicate last season’s feat and progress beyond the competition’s group stages, Ruben Amorim’s side dismantled Eintracht Frankfurt 3-0 in Germany on day one.

Reluctant to rest on their laurels, Sporting ran riot in the Primeira Liga at the weekend, putting four unanswered goals past Portimonense to set themselves up nicely for this encounter.

Having pumped out nine goals across their three consecutive victories in all competitions, last season’s Primeira Liga runners-up have ensured no European rival will take them lightly.

Indeed, Tottenham can ill-afford to underestimate Sporting despite their 5-0 aggregate defeat to Manchester City in last season’s Champions League last-16 if they are to solidify their place at the top of Group D.

Spurs got their group stage campaign off to a flyer, with marquee summer signing Richarlison bagging a quick-fire second-half brace to sink Marseille 2-0 on matchday one.

But the Londoners’ home performance against the French outfit flattered to deceive, and if it weren’t for Chancel Mbemba’s red card early in the second half, who knows how that one would go.

Antonio Conte’s men will take the field fresh and ready to roll after the postponement of their Premier League clash against Manchester City.

In stark contrast to their overwhelming triumph at Frankfurt, Sporting conceded a whopping 11 goals in four Champions League outings last season, five of which came against Man City.

However, Amorim has seemingly consolidated his rearguard lately, with Sporting racking up three consecutive wins without conceding, suggesting Harry Kane & Co will have to work their socks off.

After the matchday-one success against Marseille, Tottenham can win their opening two Champions League group stage games for the first time since 2017/18.

That could be a good omen, considering the last time Spurs achieved that feat, they went on to reach the competition’s grand final, where they lost to Liverpool.

Conte has every reason to feel enthusiastic about his side’s prospects in Lisbon, with Tottenham going unbeaten in all seven competitive fixtures this season (W5, D2).

Sporting vs Tottenham, alongside all other matches in Europe’s most prestigious club competition this season, is available to watch online via Champions League live streams. And if you are interested in attending a future Champions League game, check the Champions League tickets page for more information.

Despite Sporting’s stubborn defensive showings in the past few weeks, we back Tottenham to claim what could prove a crucial group stage win.

But it’s hard to see this as a walk in the park, as we expect a slender goal margin to separate the sides at full-time.