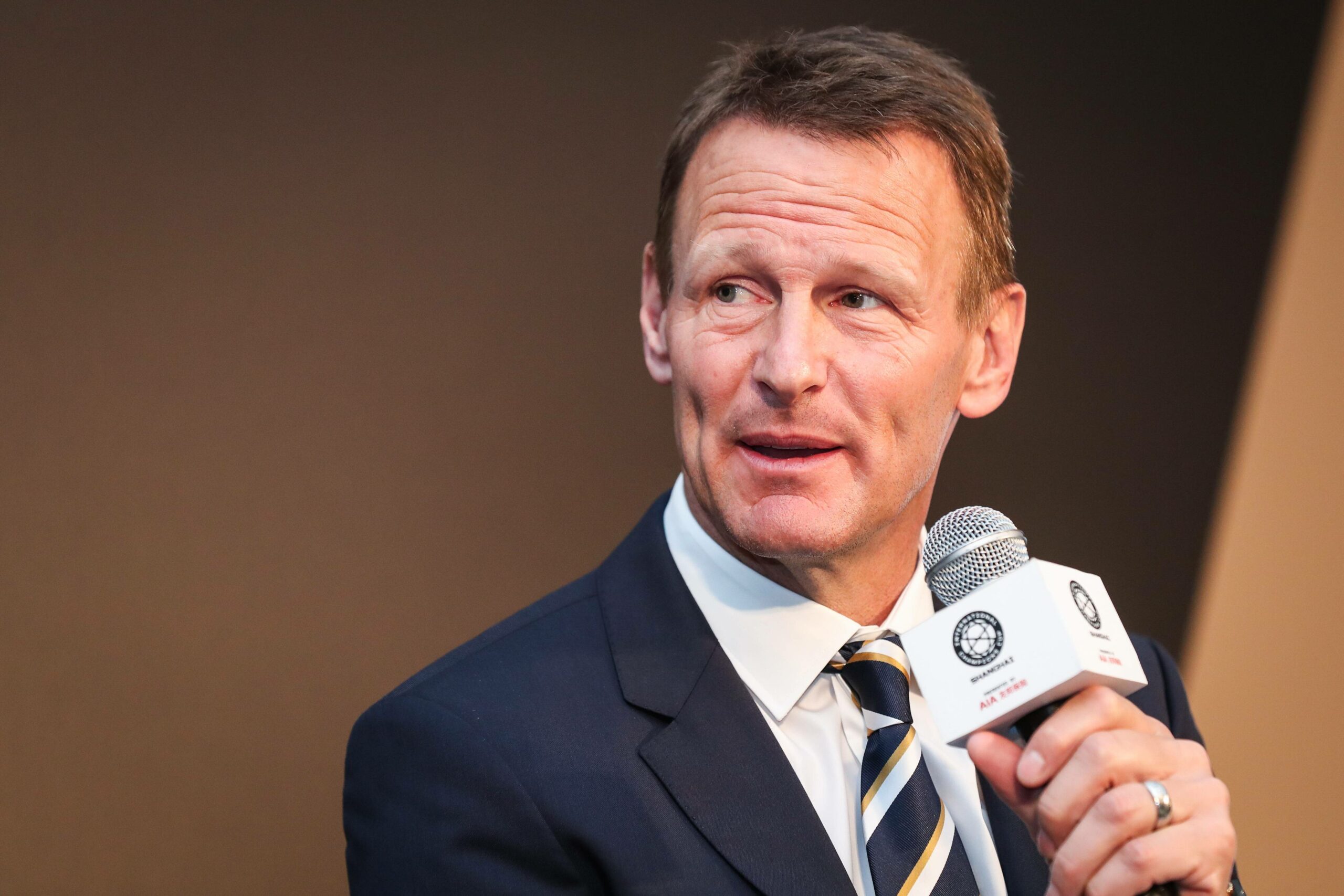 Tottenham sacked Jose Mourinho last week following a series of disappointing results in both Europe and the Premier League.

The Special One had been on borrowed time since suffering a shocking Europa League elimination at the hands of Croatian side Dinamo Zagreb.

A disastrous 3-1 home defeat to his former team Manchester United was the final straw as Levy only waited for the appropriate moment to give him the marching orders.

However, the 29-year-old is hardly be handed the project of rehauling the Spurs squad that faltered this season, with Levy seeking a reliable long-term replacement for the Portuguese tactician.

Meanwhile, Sheringham believes the current Leicester manager is perfect for the job, insisting Tottenham should ‘break the bank’ to bring Rodgers to London.

“If I had the pick of the bunch and Tottenham were ready to go out and spend big money, which I presume they will, then I would go and break the bank for Brendan Rodgers,” he told Gambling.com via Daily Express.

“I think he has done an outstanding job at the different clubs he has been at.

“He knows the Premier League very well. He knows his system and how he wants the game to be played.

“He takes the game to the opposition, he does not wait to capitalise on other peoples’ mistakes and he likes to control the game a bit like how Pep Guardiola does.

“Given the funds that were available for Jose Mourinho, if Rodgers was backed with the same sort of money, then I think he would do a fantastic job.”