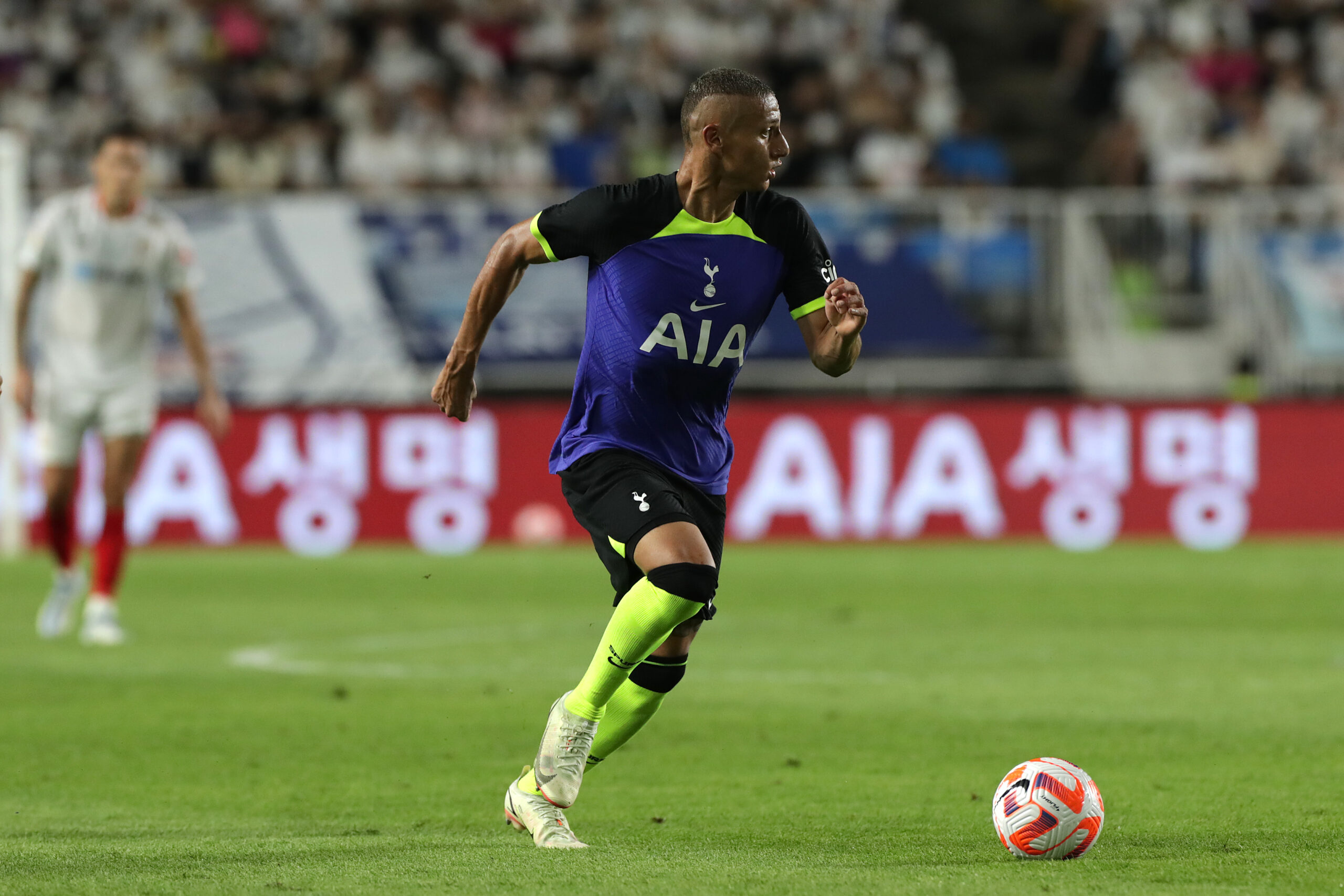 After completing their South Korean Tour, Antonio Conte’s side will face Giovanni van Bronckhort’s men in Glasgow on Saturday, July 23, at 3 pm BST.

Spurs got their pre-season tour off to a flying start as they thumped the K-League All-Star Team 6-3 in their opening summer friendly at the Seoul World Cup Stadium.

While Tottenham thrived in Seoul, their second exhibition match in South Korea proved far more challenging, as they shared the spoils with La Liga giants Sevilla in a 1-1 draw in Suwon.

Back to European soil, Conte will be desperate for his marquee summer signing Richarlison to get off the mark after drawing a blank in both pre-season outings in Asia.

The ex-Everton man is not the only eye-catching addition Spurs have acquired this summer, with Ivan Perisic and Yves Bissouma both waiting for their first minutes in the white jersey.

Sunday’s visit to Glasgow could be an ideal opportunity for former Inter Milan and Brighton & Hove Albion stars to shine in arguably the most arduous task on the Rangers fixture list this summer.

How to watch the match?

The Ibrox showdown, coupled with other upcoming Spurs games, will be available to watch live online via Tottenham streaming sites, all you need is to kick back and enjoy.

Spurs’ scintillating run of form down the final stretch of last season helped them haul back a substantial deficit on fourth-placed Arsenal and qualify for next season’s Champions League group stage.

Tottenham chiefs have acted accordingly in the transfer window to bolster Conte’s options in all departments and give him ammunition to assault a long-awaited Premier League title in 2022/23.

Although that prospect currently hovers in the dreamland, an impressive eight-match unbeaten streak (W5, D3) looks like a perfect place to start dreaming.

The Londoners have never faced Rangers before, which makes this upcoming visit to Ibrox ever so challenging, but there is plenty to look forward to if you are a Spurs fan.

The Gers head into proceedings in high spirits following a 3-1 victory over Spurs’ fellow London rivals West Ham United in their most recent pre-season friendly.

Rangers have won both exhibition games ‘to one’ this summer, as they aim to regain some confidence following last season’s Europa League heartbreak to Eintracht Frankfurt.

They seem to be on the right track, as further witnessed by a 2-0 extra-time triumph over Hearts in the Scottish Cup showpiece in late May.

Even though this is only a friendly, van Bronckhorst’s side will not take it lightly, as they are set to get their 2022/23 Scottish Premiership season underway nine days from now.

What’s next for Tottenham?

After exiting Scotland, Tottenham will fly out to Israel to lock horns with former boss Jose Mourinho in their final pre-season friendly against Roma.

Spurs’ clash against the reining Europa Conference League holders, scheduled to take place at the Sammy Ofer Stadium on July 30, will be their final test ahead of their 2022/23 Premier League curtain-raiser at home to Southampton.